In “Taking up Machen’s Torch: An Archetype for Christian Libertarians,” Kerry Baldwin explains how Machen stood against both the political right and political left. He “staunchly opposed ideas that jeopardized the proper roles of Christian faith and civil governance and so opposed these two movements in both realms of church and state.” From this enlightening article:

Theologically, Machen distanced himself from fundamentalism’s political, eschatological, and revivalist tendencies. Against the right, he opposed prohibition, protestant character education and Bible reading and prayer in public schools. Machen recognized that Bible reading in schools would strip Christianity of its doctrine and therefore should not be done in schools at all. Stripping doctrine would result in diluting doctrinal issues. This would inevitably arise through the standardization of education. Machen knew state control of education was bad enough, but to “put God in the schools” was to sterilize the Gospel.

END_OF_DOCUMENT_TOKEN_TO_BE_REPLACED 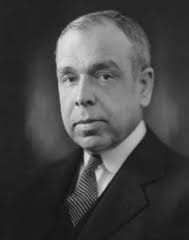